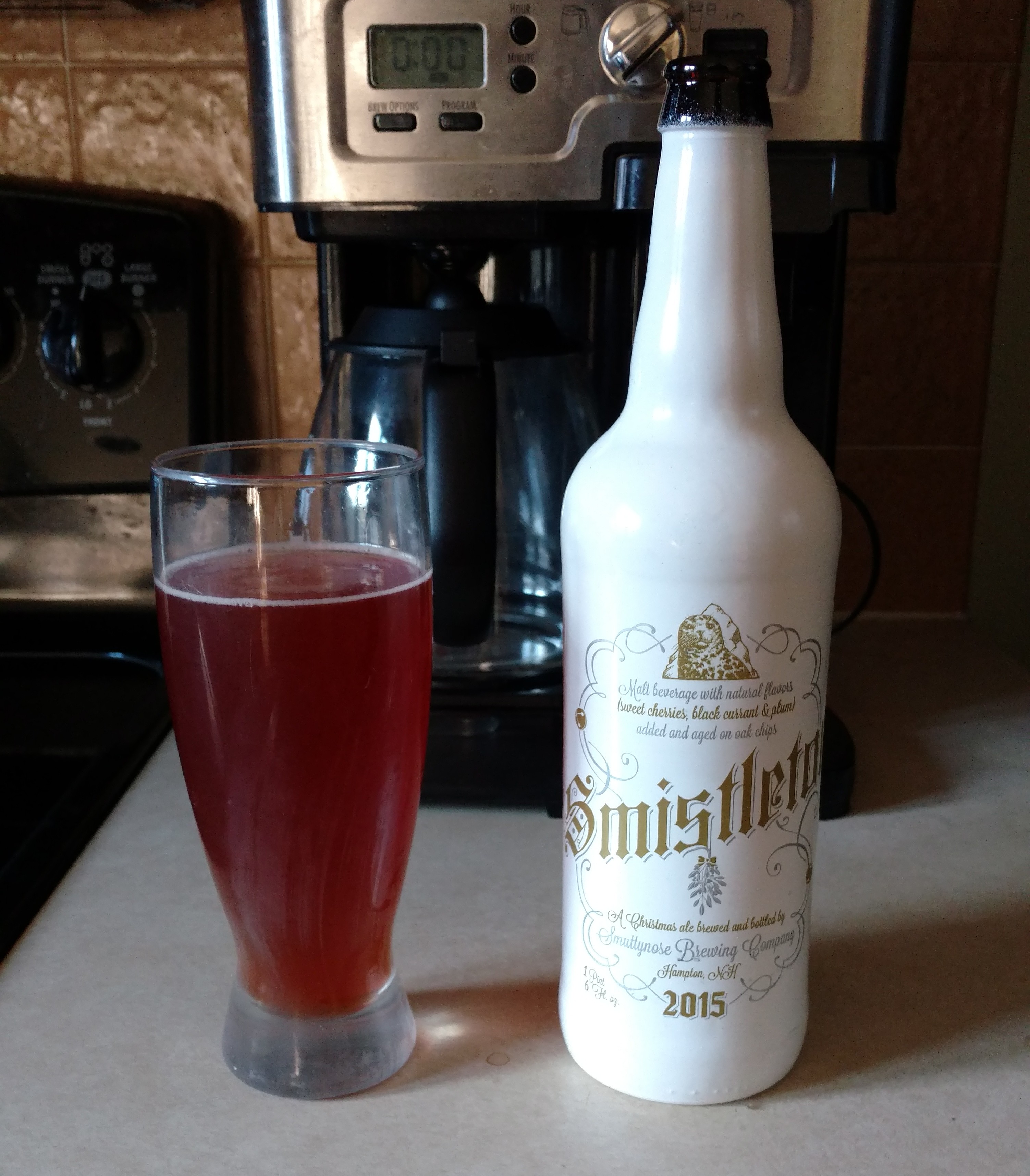 To start the BLOG off for 2016 what could be more appropriate than a review of a Holiday inspired ale. The Smuttynose Smistletoe is a delicious beer to be enjoyed during the Holidays or even just winter in general. The beer is far more fruity than one may expect when looking at the beautiful white bottle accented with gold and silver. Once you read the details of the label that tell of an ale being brewed with cherries, black currant, and plum things start to make more sense.

Color – The color of this ale is much different than I initially anticipated. It has a white head that disappears very quickly. The color is a blush pink that is cloudy. At first I thought it was an off color for an ale even being a holiday ale.

Nose – This ale has a very fruity nose that is carried right through to the taste. There is a noticeable tang from the currants, the plum is barely noticeable but you do get a sense of its existence.

Taste – There is a distinct fruitiness to the flavor and some honey notes from the grain that compliment this flavor nicely. The ale itself seems to be somewhat of a saison without the spiciness you would expect of the style. The yeast is a tasty Belgian, yet not what you would think of a traditional Belgian. There is a bit of acidity to this ale which hints of a sour.

Overall – If I were to rate this on a 5 star scale I would give it a 4. It is a comforting holiday ale that is delicious to sip on and not a heavy drinking beer. It would be difficult to enjoy more than 2 glasses.