So Mike and I have decided that since Monday mornings can be bit slow why not pop a brew and do a review from time to time.  Its hard work opening a beer up before noon on a Monday, but its our job and we do it for you. For the first review we have a new arrival to the store, Two Roads Espressway Stout.  It’s an Oatmeal Stout with Coffee steeped in it for multiple days.

From the second you pop the top you get hit with coffee, perfect for a Monday morning!  You can smell the espresso from 3 feet away. Espressway pours a very dark jet black leaving a creamy fluffy tan head. Because of the very light body for an oatmeal stout, this beer definitely misses the typical creamy mouth feel often associated with an oatmeal malt base.  The palate does not follow the nose. Shockingly, the coffee is very subtle.  Mike and I both found ourselves searching for that punch of espresso we smelled upon opening.  The finish is short with the slightest of dark roasted malt and coffee bitterness.  I hate to say it, but this beer goes down as a miss.

Mike called this a session stout and at 6.5% abv it doesn’t really qualify as sessionable but with how light the body was and ease of drinkability I totally get where he is coming from.  We really wanted to love this beer especially since it is local and Two Roads is such a cool place.  If the taste followed the smell, Espressway Stout would have been a homerun.  Unfortunately, we found ourselves left wanting more from it. It’s not a bad beer by any means and for the average beer drinker this is a nice intro into Coffee Stouts, but let me tell you that nose was so big and impressive I wish it had delivered. 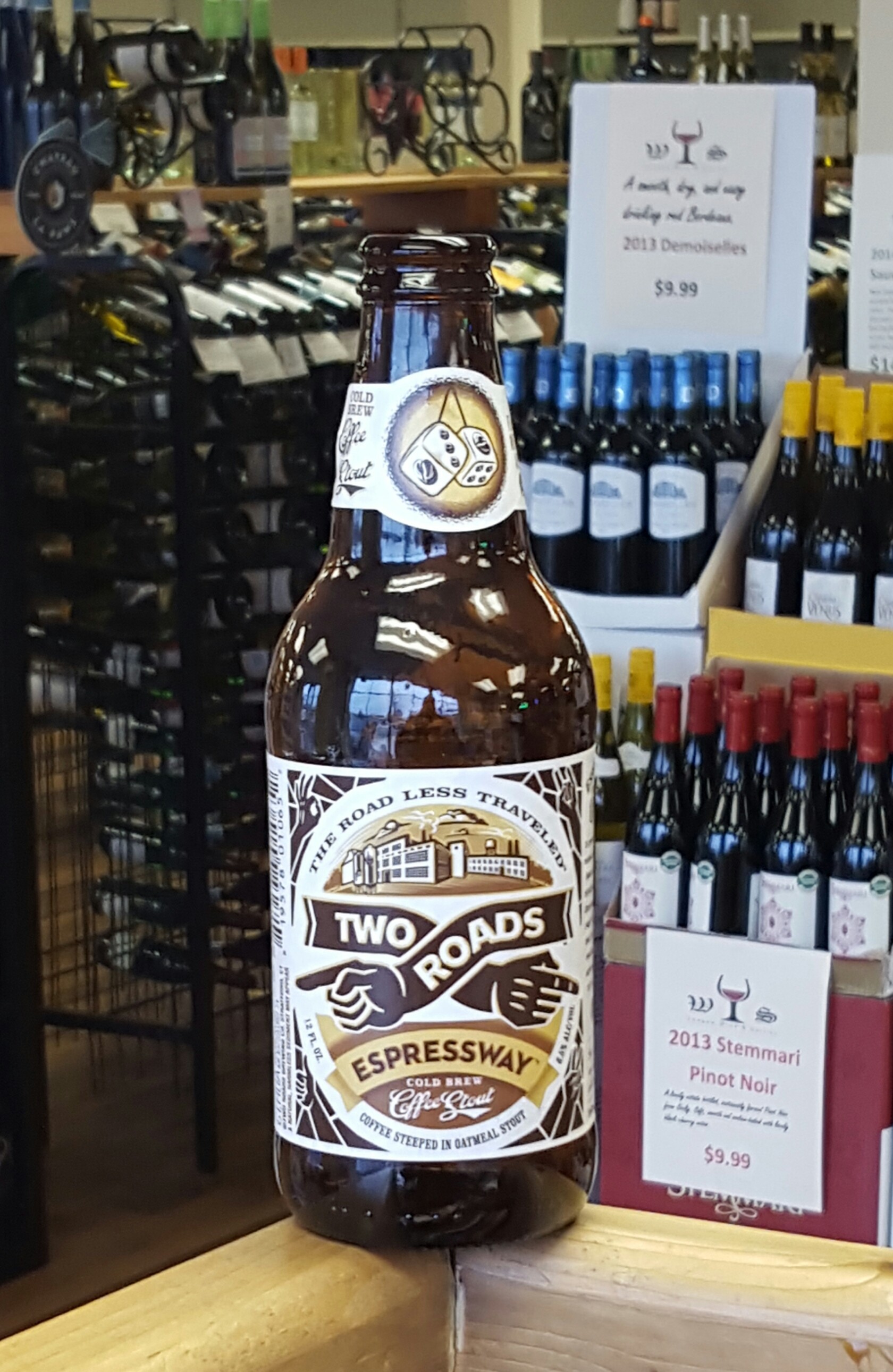